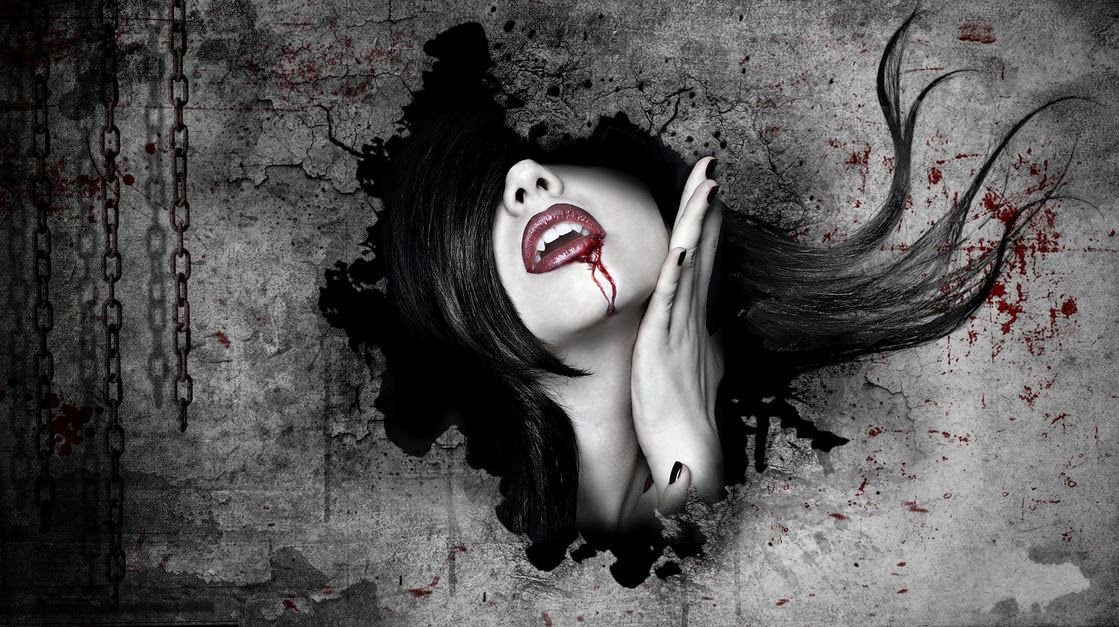 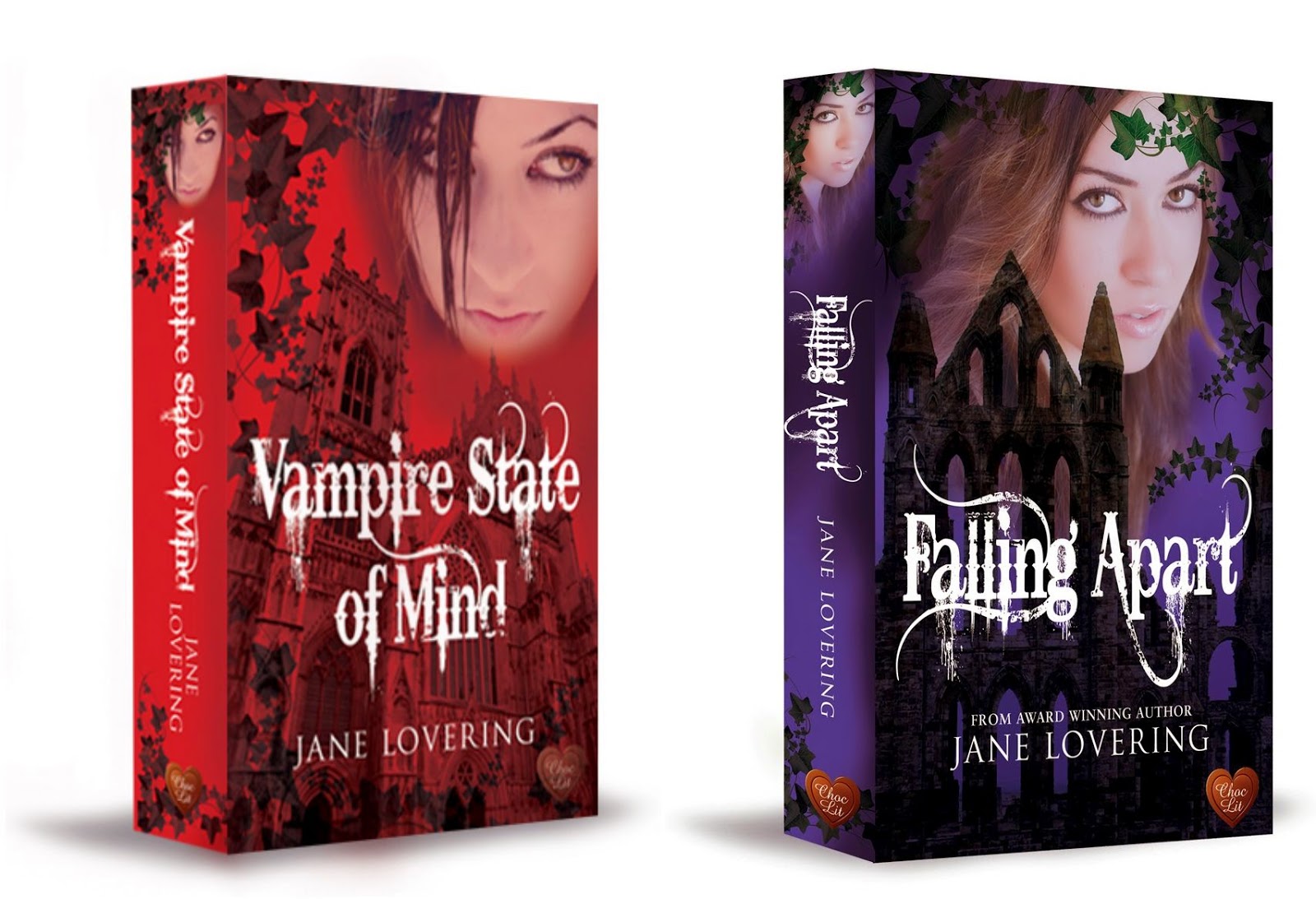 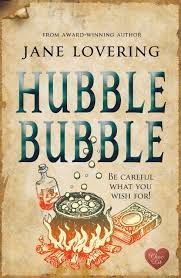 As part of Jane Lovering in July, we've put your PWC questions to Jane for her honest answers.

How did you get your publisher?

Sadly, because it is very unenlightening for everyone, through my agent. Sorry. I wish I could say that I wrote a fascinating and witty submission letter to accompany my manuscript and the publishers pulled it off the slush-pile because of my obvious intelligence and sense of humour. But I didn’t and they didn’t.

How much say do you get on the cover art for your books?

Surprisingly, quite a lot. Most publishers are a bit cavalier about cover art, but Choc Lit are lucky enough to have the wonderful Berni Stevens, who actually reads the book and comes up with a design which is relevant (this quite often doesn’t happen, to the fury of authors everywhere. Oh, the tales of the blonde-haired, bird-phobic heroine who mysteriously turns up on the cover with dark hair and a budgie...). We then get mailed three or maybe four sample covers to choose from. Of course we don’t get the final word, marketing people get to say which cover they think will sell most books, but we are allowed to ‘prefer’ a cover. I’ve been lucky so far and loved all my covers – and they’ve pretty much all been my first choice. We’re allowed to ‘tweak’ too, say, if we don’t like a font or a particular colour.

Have you ever received tough criticism that turned out to be helpful advice?

Not that I remember. An ex did once say, on reading an opening chapter, that the story was ‘boring’, but I kept the chapter and got rid of him, which seemed for the best all round, really. I have had some wonderful and useful criticism that has been helpful, but I wouldn’t say any of it was ‘tough’. Unless I really do have the hide of a rhino, of course. Maybe some of it would have had more sensitive people crying in the toilets...

Have you written a "bottom drawer" novel that you love but either don't want to, or can't, get published?

I wrote some ‘practice’ novels on the way to publication – one called ‘Psy’, which was the first book I ever wrote and finished. It is, however, not in a bottom drawer, because I took it out and shot it. It was terrible. Truly, really, terrible, trust me. But I learned a lot whilst writing it – which is a problem we are seeing more and more nowadays when everyone who finishes a novel-length manuscript can put it up on Amazon – sometimes your first, second and third books are your ‘practice’ books and should never be allowed to see the light of day. In ten years’ time you look back on your original manuscript, filled as it is with ‘just’s and ‘however’s, and with long, lush and purposeless descriptions of every single thing, and wonder how you could ever have been so bad.

What are the best and worst things about being a writer?

The best things are getting to meet great people, and sometimes offer advice that they find helpful. I’m quite strange for a writer in that I am madly gregarious and love being sociable, and doing readings and signings give me the chance to meet people I otherwise would probably never encounter. The worst thing is probably the perpetual struggle for money. We are creatives! We should be lauded and fed chocolate and wine! Instead, it’s searching down the back of the sofa for 50p for a bag of chips when the van comes round.

I am a science technician in a local school. It is a job I am supremely unsuited for, but I’ve been doing it for ten years and no-one has told me to go home yet so I have to assume I’m doing it properly. Plus, school holidays are when I get most of my writing done.

Are you afraid of spiders?

Afraid, no. Wary of, yes. I will share a room with one, but not a pillow. I am the same with yaks.

I don’t really like pizza, is that awful? It’s all that bready stuff underneath I’m not keen on. However, if pressed, I will eat pizza with loads of cheese, seafood and anchovies. I know anchovies are fish, by the way, but they don’t always feature on seafood pizzas. Oh, and asparagus. And sometimes fruit, although I am prepared to admit that I might be thinking of a Knickerbocker Glory there.

If you would like to know more about Jane, check out her guest blog Why Vampires?

We will be launching a writing competition to win signed copies of Jane's work later this week.

This month at Pagan Writers Community we are celebrating the release of Jane Lovering's follow-up to Vampire State of Mind.

Jane was awarded British Romantic Novelist of the Year in 2012 for Please Don't Stop the Music. Her literary talents have also taken her into the realms of vampires and modern witchcraft, with Vampire State of Mind and Hubble Bubble.

Jane is published through Choc Lit and you can find all of her books on their website.

Falling Apart, the sequel to Vampire State of Mind, was released last month.

In honour of the occasion, we are bringing you a whole heap of goodies :-

Do you have a question for Jane?
E-mail it to questions@paganwriters.net by the end of Saturday 5th July.

We will select the best of the questions and publish Jane's answers.

Jane has agreed to give away three signed copies of her books! We will be holding a writing competition to select the winners.

At the end of the month we'll announce the winners of the goodies and publish their entries online.

We really are privileged to have Jane opening the first of our established author spotlights. We're planning to hold a few more throughout the year. 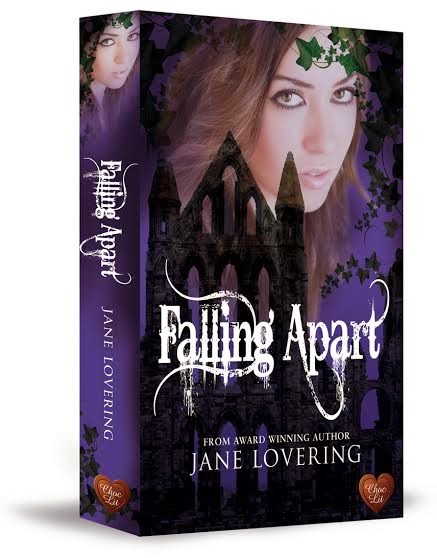 All this month at Pagan Writers Community, we're celebrating the release of Falling Apart, the follow-up to Jane's hit novel Vampire State of Mind.

We are starting out with a guest post from Jane, answering the question: Why vampires?

If her blog post inspires questions, either related to vampires or writing, e-mail those questions to: questions@paganwriters.net before the end of Saturday 5th July 2014. We will be putting the best questions to Jane, and demanding answers!

Why write about vampires? What’s so special about them (apart from being nearly immortal, really really attractive and having a lot of enhanced Buffy-style abilities)?

Well, I blame Doctor Who. Early Russell T Davies episodes, where Rose fell in love with what is, essentially, an alien guy with abilities she can’t even guess at, who’s older than most buildings on Earth, let alone most men she’s been out with. And watching that relationship made me start thinking – what would a woman do, if her boyfriend was going to outlive her by centuries? Would he hang around to watch her get older and older and more and more like Yoda as the years passed, or would he trade her in every ten years or so for someone who looked a bit more his age? And how does she not feel inferior, when her partner is all superpowered and amazing?

So I set out to explore some of these conundrums, using vampires instead of the good Doctor (who shares more than a few vampire traits, apart from the whole ‘blood’ thing, which he obvious doesn’t, unless Steven Moffat has got one hell of a twist for us next series).

Just imagine that vampires are here. They not only walk among us but shop among us, go to the hairdresser among us and watch TV alongside us on our sofas. They are, after all, humans at heart (well, my particular vampires are, but they harbour a demon, like a parasite, which makes them all fangy and Super and gorgeous). And we all know what humans are like – they can be petty, loveable, crazy, dangerous and obsessed with paperwork. So why should the simple fact of being vamped change their personality? Add to that the fact that living a very long life would give one a LOT of things to feel guilty about, and my vampires are the kings and queens of repressed memories. They have to share a world with creatures that are, essentially, prey animals, but very, very intelligent prey animals, with the power to fight back, even, if things became unbalanced, to destroy the entire planet.

In an attempt to make my vampires more ‘believable’, I’ve taken the traditional view of vampires, merged it with a more ‘Being Human’ take on the creature, and tried to make them more like people we feel we could have living next door. Just with a lot more angst, politics, and filing...