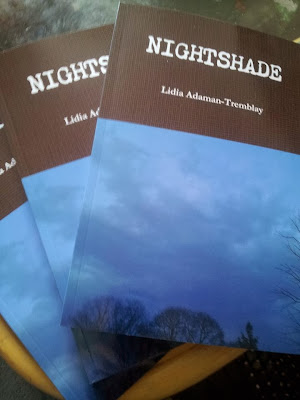 A huge shout out to Lidia 'Urban Crone' Tremblay whose NaNiWriMo project has just been published as a novel. You can purchase your copy through Lulu and read an extract on this blog.
at 16:49 No comments:

Email ThisBlogThis!Share to TwitterShare to FacebookShare to Pinterest
Labels: nanowrimo, out now 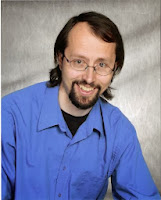 One of the worst customers I have ever encountered was my father-in-law, Mac. His justification for being a bad customer? Oh, he constantly got bad service in restaurants.

To say that I do not get along with my father-in-law is an understatement. On the scale of hostility (dislike, unfriendly to, hate, loathe), he scores an outright “loathe” from me. This is in part because of my very first encounter with him.

My wife Lisa and I brought our house together before I ever met Mac. When we brought the house, one of my wife’s requirements was that it had a detached garage that we could convert into a pottery studio. I agreed to this, but I insisted that one of the corners of the studio was mine. Before we brought the house, we were paying rent on Lisa’s apartment, her studio space, and my apartment.

At one point, I had been also paying for a storage locker. A lot of the storage ended up in the garage after the move into the house. Mac decided that he was going to come down and remodel the garage for Lisa. The agreement was that I did not need to have my storage out of the studio until after he arrived. He was also supposed to bring one of Lisa’s cousins to help. In other words, I was supposed to leave my stuff in the garage until the last second, and I wasn’t supposed to be the person helping him do the work either—both of these points were important because I was just starting my first semester of college. But when Mac showed up, he got upset that my stuff was still in the garage. “You have no right to be in this garage, not alone have stuff in it.” Funny, I could have sworn my name was also on the mortgage.

He also lectured me about how I should be looking for a job. “You need to walk into these places, and demand top dollar.” Mac seemed blissfully unaware that I was a high school dropout looking for work in a soft job market, or perhaps he simply did not understand the local job market, or my desire to escape burger flipping jobs.

Mac thought that he was the smartest person in the room. Yet, he could not even remotely understand how I intended to write for a living. In fact, he wanted me to skip my college classes to help him put up the walls of the studio. Lisa refused to let that happen—she knew I thought that I was going to flunk out of college, and if I started off with a failing semester that she would never get me to continue (I firmly believed that I was incapable of finishing college, thanks to my high school failure, despite the fact that failure had been caused by my home life as a teenager).

Helping Mac remodel the studio was a horrific experience. Having worked alongside construction professionals with my dad, I actually knew how to do the job. And Mac, despite his claims of knowing what he was doing, was not even remotely doing it the proper way. We butted heads over the matter—he won. I basically quit talking to him—he found this hurtful, but honestly, it was for the best.

I was not the only one that could not satisfy his demands. Watching him at restaurants, I realized why he was always getting bad service. He would start off by yelling at the cashier that his order better be right, that people always messed up his orders and he was not going to put up with it. No “hello” or “how are you?”—his first words were always angry. Cashiers and waitresses were close to tears by the time he placed his order. It is not that his order was complicated; it was the fact that he was screaming at them the entire time he was ordering. At one fast food restaurant, I overheard one of the kitchen crew say to another, “He wants it special.”

There are certain things that you never want to hear in connection with your food order. In my case, one of them is “He wants it special.” Over the years, I have tried to train Lisa to insure that she never falls under the special category. I shook my head, and crossed my fingers, hoping that the kitchen staff limited the damage to his order.

It was during my time at Fantastic Burger that I learned that what the code phrase “wants it special” meant. Fantastic Burger is not the world’s best place to eat. The burgers are about a quarter of an inch thin, and cooked to a greasy char-stripped perfection by a massive broiler. Often the patties are white with freezer burn. If the cardboard box containing the frozen burgers falls apart along with the interior plastic bag, typically when you are trying to lift it with the end result of frozen hamburger patties scattered all over the floor, they are not tossed into the trash as per health department regulations. If you are lucky, getting served one of these freezer-burned, dropped on the floor hamburger patties is the worst that happens to you if you fall under the special category.

The first time, I heard “He wants it special” come over the drive thru speakers, I did not know what to expect. I soon learned that waste food was the object of the game accompanied by spitting and farts. I never could bring myself to climb to the heights that the other kitchen people could stoop to—I merely satisfied myself with the thought that I could mess up someone’s food really badly if I wanted to. In many ways, it is the thought that counts, and not the actual actions. But you should never make anyone upset who is handling your food; they might not be as nice as I am.
at 17:44 1 comment: 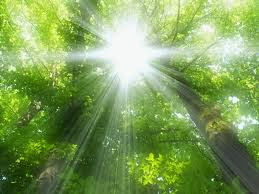 Hot on the heels of book reviews, we're also now offering the Pagan Writers Community a chance to turn attention their way with our Author Spotlights. Simply download the questions and e-mail them back to us. We're hoping to get them up Mondays, Wednesdays and Saturdays, material and volunteers willing.

This is a chance to tell us about how you started writing, what your latest release is, and the things that inspire you to write.
at 20:39 No comments: 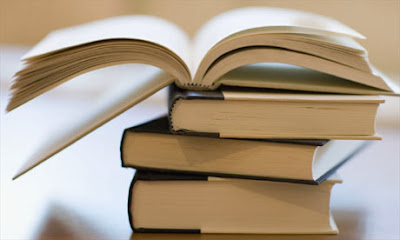 We've just added a new permanent section to the Pagan Writers Community site. You'll find it in the tabs along the top, it's called Book Reviews.


This is your chance to tell us about the books you've been reading.

Reviews fall into three categories at the moment:

We're also looking for volunteers to help run that section of the site.