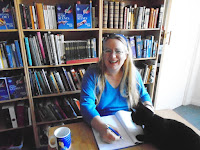 
She is the editor of the Ten Tales fantasy and horror anthologies (11 titles so far, including Beltane: Ten Tales of Witchcraft, Spells: Ten Tales of Magic, Seers: Ten Tales of Clairvoyance) and the author of the bestselling Writer’s Craft series (17 titles, including Writing Fight Scenes, Writing Scary Scenes and Writing About Magic)


After living in Germany, China, Mongolia and Nepal, Rayne has settled on the south coast of England in dilapidated seaside town of former Victorian grandeur. She enjoys gardening, reading and long walks along the sea front.

You can find Rayne’s books on Amazon. To find out about new releases, special offers and writing contests, subscribe to her Writer’s Craft newsletter. For writing and publishing tips, as well as cute photos of Sulu the book-loving cat, follow Rayne on Twitter. 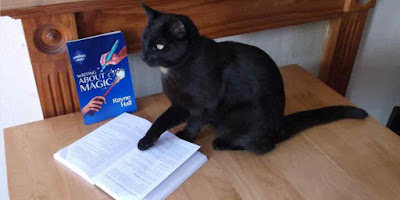 Your character can cast her own love spell, or she can seek professional help from a magician (from a witch, a ritual wizard, or other type of mage).

The most common ingredients used  in the ritual are roses (often red or pink),  something from each of the two people (usually a lock of hair, and in modern times, a photograph),  red candles, a fruit (for example, an apple), a crystal (rose quartz is a favourite), herbs (such as dittany or balm of gilead), spices (especially cinnamon),  red wine, and a ribbon (red or pink).

However, the ingredients vary between different types of magic. For example, an Enochian may use different ingredients from a Wiccan.  Also, individual magicians have their own preferences.  The actual ritual also differs.

Typically, the magician may cut the fruit in halves, insert the locks of hair, and tie the fruit back together with  the pink ribbon.  Or she may brew a love potion which involves red wine simmering in a cauldron with rose petals, herbs and cinnamon.

If both people are present, the magician may link their hands and tie them with a ribbon or scarf.

If only one person is present, the spell won't be complete until the second person has become involved, for example, by drinking the love potion.

Most clients are besotted with someone who doesn't requite their feelings. They are convinced that this person is the one for them, that they're meant to be together, that they will not be fulfilled and happy until that person is theirs. They also believe that the love spell is in the best interest of that person, and that the relationship will be a happy one if only the person would return their love.  They are desperate, can't bear the pain of their unrequited passion any longer, and are willing to pay almost any price for a love spell.

Other clients are lonely and looking for love. They want a spell to help them find a mate. These include teenagers whose self-esteem is low because they don't have a boyfriend,  single women whose biological clock is ticking, and men who can't get a date.

On rare occasions, a couple may seek a magician's help to save their crumbling marriage.

In historical fiction, parents and politicians may resort to love spells to bring about an advantageous match, or to bring affection to an arranged marriage.

Most modern magicians consider it unethical to interfere with a person's free will. Although they will happily help the couple who wish to strengthen their bond, and the lonely heart in search of a mate, they will refuse to force a specific person's feelings.

However, not all magicians have the same qualms, and in earlier period, many made good money from love potions. Even today, many magicians advertise on the internet, promising to deliver one's heart's desire.

Some magicians compromise by creating spells which work only if there is already some affection between the couple.  For example, the desired person must drink wine from the same cup as the client, immediately after he has drunk from it - something she wouldn't do if she hated him. An ancient Egyptian love spell required the man to anoint his member with a potion before having intercourse with the woman of his desire - and for that to work, she already had to fancy him quite bit.

Other magicians try to dissuade the client from focussing on a specific person. Instead, they recommend a general love spell, one which will help the client find a suitable mate.

For the strictly ethical magician, requests for love spells can lead to terrible dilemmas. Here are some ideas you may want to play with:

Love spells interfering with someone's free will can lead to disaster. Here are some plot ideas:

The fiction potential of love spells is endless. I hope this article has inspired your creativity.

Will you write about a love spell? Or have you already written about one? Have you read any exciting books involving love spells? Leave a comment, and I’ll reply. 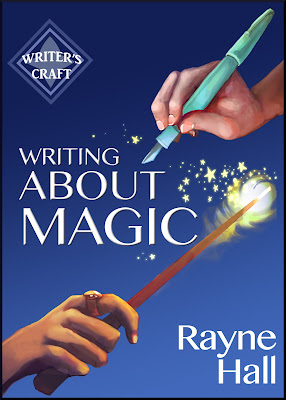