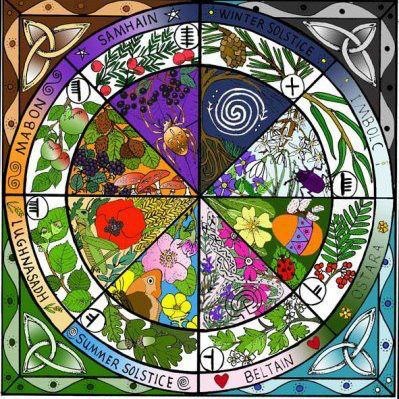 After posting a link to a New Year autobiography exercise, we invited PWC members to share their own reminiscences of 2016. River Mourningstar answered that call.

And Then, She Stepped Off of the Edge

It was high summer, last year, when my life took a ninety degree turn and I, not expecting it, stepped gleefully over the edge of the sheer cliff face and into free fall. His easy manner and kind eyes tripped me up in the most beautiful manner and I found myself having to trust my all too broken wings.

We had been friends for some time, years.  We enjoyed each other’s company tremendously, but life never allowed us to have time alone, until that point. He believes in being a gentleman. He believes life is to be explored.  He believes the unknown should become the known. He believes to be fully human is to live fully. He believes that he is not human, but other.

Our hearts had been shattered by others.  Our souls splintered and afraid of what was to come.  Our bad days outnumbered our good days. Our lives were full of people, yet we stood on the periphery, watching, listening. Individually, we stood and looked at those we loved and admired and we looked at those who loved and admired us.  We couldn’t understand why.  We couldn’t understand why they loved us, why they insisted upon being in our company. As individuals, we could see and feel just how different we were from them, but we wanted to belong. We wanted the friendship. We wanted the camaraderie. We wanted to be seen and appreciated for who and what we were.

Our romance was whirlwind.  In two months, we spent nearly every spare moment together.  We gave to each other the things we knew, instinctively, the other needed. He brought me gifts unlike any I’d ever received: incense, robes, a sword. I gifted him body jewelry and (my pride as a southern woman) hearty, home cooked meals. We shared knowledge we had gained on our individual spiritual paths. We opened up latent gifts within each other.

As children of the night, we peered curiously into each others abyss. We gazed into that darkness, always the same, yet different, and embraced it. We looked into each others oft tortured souls and acknowledged the pain and hurt there, soothed it with the balm we each so terribly needed. Without judgment, we opened ourselves to each other.

In another month, we began planning a wedding. A month after that, we wed.  In less than six months time we realized that each other was what our life had been missing.

Becoming the Sacred Fool, stepping over the edge of the cliff, has opened a great many doors. The only trouble now has become deciding which door to walk through.  No matter the shadows, no matter the light, no matter the obstacle, we work as a team. Life is not easy by any means, but it is easier because we work together.

The last year of my life, 2016, did not even begin until June. My own eyes were closed to life and living until that moment. It was only when my darkness touched a kindred dark did I begin to see.  When I began to see became the moment I began to live again. It took another child of the night to remind me that sometimes we must waltz with the shadows to be fully awake.

River Mourningstar is a writer, wife, and Priestess of the Craft, among other things. She has been writing most of her life because the people in her head just won't shut up. She tends to be a jack of all trades, prankster, and a mystery to those who meet her. She lives in the Midwestern US with her husband, cat, and an aquarium of aquatic oddities. You can find her on her blogs Waltzing with Shadows and Ramblings of a Confused Muse, and on Facebook.
at 19:00