Hi Trevor. Thanks for taking the time to speak to us about Moon Books, we see your titles regularly on Twitter and Facebook. It's nice to get the chance to learn more about the publishing house and your role there.

How did you get involved with Moon Books?

I published a book with John Hunt Publishing, the company that owns Moon Books, and I had just taken early retirement from an IT multi-national company, so I started doing some copy editing for them. I was asked to take over the management of copy editing and then I was asked to manage editorial and production. We’re a small publisher, it’s not as grand as it sounds! Back then we only had two imprints, O-Books and Zero Books. However, the number and variety of titles we were publishing forced us to consider breaking up into a number of specialist imprints. I asked if I could start a Pagan/Shaman imprint, which I called Moon Books. We opened for business in 2012 and since then we have published over 150 books.

What do you most enjoy reading?

I mainly read nonfiction history books, especially ancient history. I don’t read much fiction but I do like the novels of Robert Goddard. What’s life without an unexpected plot twist?

You work on the publishing side for Moon Books's imprint. Can you talk us through the process of how a book goes from submission to shelf?

An author sends in an online proposal and attaches the manuscript or part of it. If we like the look of it, we ask the author to send in a more detailed submission, which includes the usual things: book description, market plan, competing books, possible endorsers, etc. The submission and the manuscript are then looked at by three readers who comment on whether it’s  suitable for us and say yes or no to offering a contract. These reports are sent to our publishing director, who makes a final decision. The process takes a little over a week.

Can you tell us a bit about your own work?

I wrote a book about radical theology and I’ve contributed to a few anthologies, but as publisher of Moon Books I see my role as more creating an environment where writers of all levels can contribute. So, as well as publishing established and new authors, and there’s huge pleasure in seeing a new author develop into a best-selling one, Moon Books also has a writers group and we publish anthologies of their work. Our most successful anthologies to date have been Paganism 101, which had contributions from 101 Pagan writers and practitioners, and Naming the Goddess which had contributions from over 80 Goddess writers and followers, and which was well received throughout the Goddess community.

You teach religious studies for the Open University and you have studied this field at post-graduate level. Can we ask a bit about your own beliefs? What drew you to study this subject, and has it influenced your work at Moon Books?

I’ve always liked religion. I liked the stories I was taught in Sunday school about Noah and Job and Moses. All the old sword-and-sandal movies from the 1960s, Greek mythology. I always thought the past was more interesting than the present, and the past as I imagined it was pretty much battles and kings and interfering gods. How exciting is that! At eighteen I studied Religion at A Level and then went on to university to study Religion. I encountered other religions there such as Hinduism, Buddhism and Sikhism.

I can’t really tell you about my own beliefs as they’re a perpetual work in progress. I became a Christian at university, but there’s only a certain amount of times you can say the Nicene Creed in church on a Sunday before you start to question it. Anyway, I came to the conclusion that it was something you could only really believe if you had a first-century worldview and I ended up drifting away.

By chance, I heard Philip Carr-Gomm was talking about Druidry at my college, so I went along. Up until listening to Philip, I had assumed Druids were people who liked dressing up and keeping old customs alive, and who probably had friends who were Morris dancers. Well, I got that wrong! I discovered that Druidry is a non-dogmatic, subjective and deeply creative spiritual worldview. What else should religion be? So, for the last few years I have identified myself as Pagan. But, well, you know, what’s life if not a journey? Recently my daughter wanted to find out about Christianity and so I went along with her to an Alpha course. I wouldn’t say it felt like home, but I didn’t feel out of place, so I’m thinking about writing a book on Christo-Paganism, perhaps that’s the next step, exploring the creative fusion between both traditions.

Is there any aspect of Paganism that is strongly underrepresented on the market? Any books you would like to see written?

I’d be interesting in publishing books that are contemporary political and social critiques. I personally think you can view the prophetic and wisdom religious traditions as temporary expressions, interruptions, if you like, in the hundred thousand year old tradition of Earth Religion. It would be interesting to understand what appears to be people's developing cynicism towards all things corporate and global as a modern expression of Earth Religion - the past and the future as Pagan. Similarly, I think contemporary activism, eco-activism, animal activism, etc. can be seen as expressions that bespeak a re-visioning of nature.
Can you tell us about some of the best books you've worked on? What would you recommend reading?
Interesting question. What would I recommend? Well, I’d recommend you read a Moon Book! But going on beyond that, I think Paganism lacks a narrative, a story, a sacred literature. Some people I speak to think that's a good thing because literature equates to doctrine, narrative results in dogma. I disagree. I think the sharing of foundational mythologies, codes of conduct, expressions of belief alongside new expressions and rituals would be a great thing for Paganism to achieve. So, I’m not going to suggest we get together and read something. I’m going to suggest that we get together and write something. Share our myths and our aspirations. Create a sacred text for the Pagan peoples. 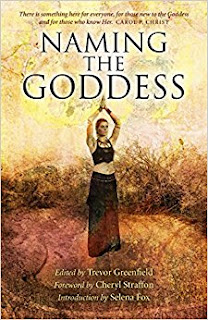 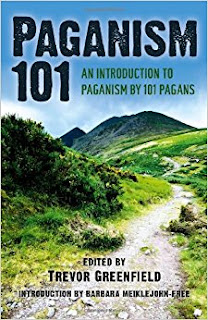