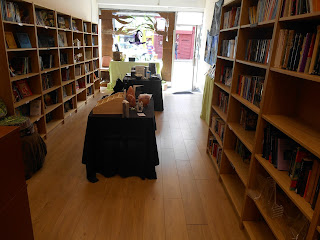 In all seriousness though, while the above is all true, I’ve had some genuinely amazing conversations with truly wonderful people in the relatively short time I’ve been here. From the sublime to the ridiculous - the best are usually a combination of both - and I love that anyone of any path can come in, share their ideas, find new ones and hopefully leave richer for the experience.
at 10:52