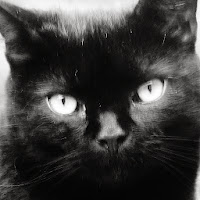 It was spring in the sleepy village of Ketching, though traces of the harsh winter were still seen. Frost covered the ground, hardened mud still showed where grass once was. Ruts deep as a foot lined the verges where vehicle’s once drove trying to keep off the black ice of the road.

Though still cold at least the wind had dropped and the sun started to shine.
Life started to emerge from the ground. Already the village daffodil bulbs were coming to life. On the village green little green shoots were showing ready to when in bloom spell welcome in large letters. Welcome.
There had been a real annoyance among some of the Parish council leaders about what the daffodils should spell out. Some wanted welcome and others wanted the name of Ketching. In the end a vote was put forward and ‘Welcome’ was voted in.
Rosemary leaned on a table that over looked the green smiling to herself as if she knew a secret joke. She knew the gardener who had planted those bulbs. She knew he had problems with certain council members. Years ago he tried to get planning permission for an annex on his property so his dear old mother could move in. It had of course been turned down. Not keeping in with the village was the reason. Of course this didn’t stop certain council members from getting their own way. For their swimming pools, conservatories, extensions and gyms.
Rosemary Jane Palmer was her name. She lived on the outskirts of the sleepy village of Ketching in the Sussex weald and worked part time in the local pub. The only decent thing left in the area. A local pub, nice people who kept their business to themselves. Sold beer, wine, soft drinks and cheesy chips and didn’t want to go all posh like the other pubs in the area. Or as Mick the landlord said cord on blurgh type of pubs. A big plate with bugger all on it.
Now and then they did a pub quiz and had a local band playing, but in truth the pub did little business, just enough to get by. Mick was kind to Rose. He took her under his wing many years ago after her grandparents on her mother’s side, kicked her out at the age of 15. They had adopted her after her parent’s death. Rose could never understand why they were so horrible to her and when she left and came to the village and never looked back. The only time she heard from that was a very cheap Christmas card once a year. Both Roses parents were killed in the great snow storm of 1982 when they lost control of their car near Ditchling beacon. Slamming through a crash barrier they fell to their death. She didn’t remember much of it. She was only a baby. Mick had heard she slid from her car seat onto the floor and wasn’t hurt in the slightest but that was only a rumour. Though when Rose asked him more about the rumours of how she was found, Mick just patted her on the shoulder and told her not to fret.
She had got a job in Micks pub pretty much straight away and was lucky enough to have a friend living in the area, after spending a great deal of time on her friends couch, she moved in. The house was on the outskirts of the village. Just far enough to ignore the gossip but close enough to a bus stop.
It was a simple country cottage, the sort you would find on an English post card. A low roof indicated small rooms with oak beams. Small windows peeked out between wisteria stems which grew on the front of the house. A small front garden greeted you with a black iron gate taking you up a simple brick path to the front door. And just on the side was an old willow tree. Rose was the gardener and kept it pretty and quaint.

Inside the house seemed small. Two bedrooms and small lounge and a kitchen on the side was enough for them. They didn’t have central heating, not double glazed windows. An old ray burn in the kitchen kept the chill off in the winter.
She enjoyed the arrangement her friend Becca, a city girl at heart but liked the way of rural life gave her. Becca was born lucky or Rose thought so, Becca came into some money via a rich aunt and she had a string of successful ghost novels and now and then did modelling. Becca also had a fascination with dark creatures and was currently looking for a friendly vampire on Facebook.