The following story by Allen Hartley won joint 1st place in the fourth week of our 2014 Celtx Competition. The theme was Hexes.


Alzada rose and moved to the center of the balcony. He removed the obsidian from his pocket and placed it in his left hand. Extending his arms, he vibrated the rune Nauđ raising the energies of the stone. The stone began to vibrate in his hand as it absorbed all the negative energies surrounding he and his companions.

When all the negative energies had been absorbed, the stone transformed them to positive energies, imbuing them upon the souls of Alzada and his companions. Afterwards, the stone lie quiescent in his hand. It was now clear what Alzada must do. Returning the stone to his pocket, he produced his scepter. Starting with a low, soft cadence, he sang one of Thoth’s Runic songs of creation. As he continued his song, his scepter, soul, and the elements surrounding him began to vibrate sympathetically.

As the energies continued to build, he summoned the elements. Using the sacred runes and the energies of his soul, he fashioned a large pole from Jet.  Raising the energy levels further, he caused the Star of Ishtar to form at the top of the pole. Drawing the memories of Roxthanea from his soul, he emblazed the pole with her name in runes. Manipulating the elements, he shaped them into eight Moonstones. He emblazed each one with a rune representing an aspect of Roxthanea. The Moonstones were suspended from the Star of Ishtar by fine golden threads.  He inscribed the rune Eykur on the lower half of the pole unifying and binding all the runes together.

Speaking words of power known only to the Brotherhood, he energized the pole and the Star of Ishtar using his scepter.  Feeling drained, he returned to his seat beneath the columns and entered a deep meditative state.

Moraxthia and Nesfereta joined him under the columns as they silently examined the pole.

Sensing he had returned from his meditations, she asked, “What is this pole? Why does it have such intense energy projections?”

Alzada rose and motioned for his companions to follow him. After positioning Moraxthia behind the pole, Nesfereta on the right side, he took his place on the left side.

Looking at his companions, he instructed, “Join hands.”

Powerful energies surged between the companions as they joined their hands and souls. His companions noticed Alzada seemed to grasp something in front of the pole. He motioned for Nesfereta to reach out and grasp the energies at the front of the pole. As he reached blindly towards the area Alzada had indicated, he contacted an intense energy source. Probing the source, he detected Roxthanea’s energies. Suddenly, something grasped his hand causing the energy levels of the companions to leap by quantum magnitudes.

Alzada smiled and explained, “This pole and its knowledge are a gift from Thoth.  From its energies, we’ll balance the energies of our group. Like the runes, it has a positive and negative aspect. All things must be balanced. The eight pointed Star of Ishtar and its orientation enhance the energies of the pole and represent a balance in all things. The runes emblazed on the Moonstones represent the aspects of Roxthanea’s soul and are bound together by the energies of Eykur.”

He continued, “Drawing from the rune Nauđ we strengthen our souls to carry on with a seemly impossible task.  Especially, with the loss of Roxthanea. The rune Gjöf represents her sacrifice for her companions that was freely given. Úr was used to draw Roxthanea’s imprints from my soul. Combined with the rune Bjarkan, her energy imprints were used to create an energy body. Þurs transforms the energies into a tangible form. Ár cycles the energies and organizes them, while Sól activates the energy body. Eykur bonds and seals the energies to the tangible form and then bonds them to her companions. It also binds the thoughtform to my will.”

As he finished speaking Roxthanea appeared.

Bowing to Alzada, she proclaimed, “Noble Enki of the Brotherhood, your servant and companion await your direction.”

Alzada nodded and answered, “You are welcome among friends great protector. We have missed you and look forward to completing our tasking.”

Alzada stepped forward and instructed Moraxthia to retrieve their samples. Projecting words of power, she caused a distortion to form in front of the companions. Sensing Jakathorb’s companions near the samples, Moraxthia mentally projected words of power at the Star of Ishtar. Flaring up, it sent a massive energy bolt through the distortion reducing Jakathorb’s companions to cosmic dust. Moraxthia scattered their ashes with energies from the rune Ár.

Concerned, Alzada asked, “Is there a problem?”

Smiling, she replied, “No problem. I’ve got everything under control.” 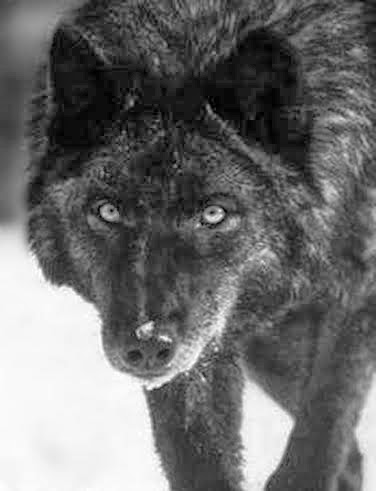 Allen Hartley has always been fascinated with ancient cultures and societies. He has spent decades researching the subject matter and focusing on Runic scripts. In 2002 he settled in North Idaho with his wife and son. While his current employment requires extensive travel, it also allowed him to publish his first book, Secrets of the Soul (2012). This was followed by Mists of Dawn (2013) and Boundaries of Time, due out in 2014. His latest release, Nature’s Palette – Waterscapes, is a non-fictional, joint project with his wife Vanessa, who has been a great source of help in refining his ideas. Find him at Amethyst Rain Publishing.
at 08:00